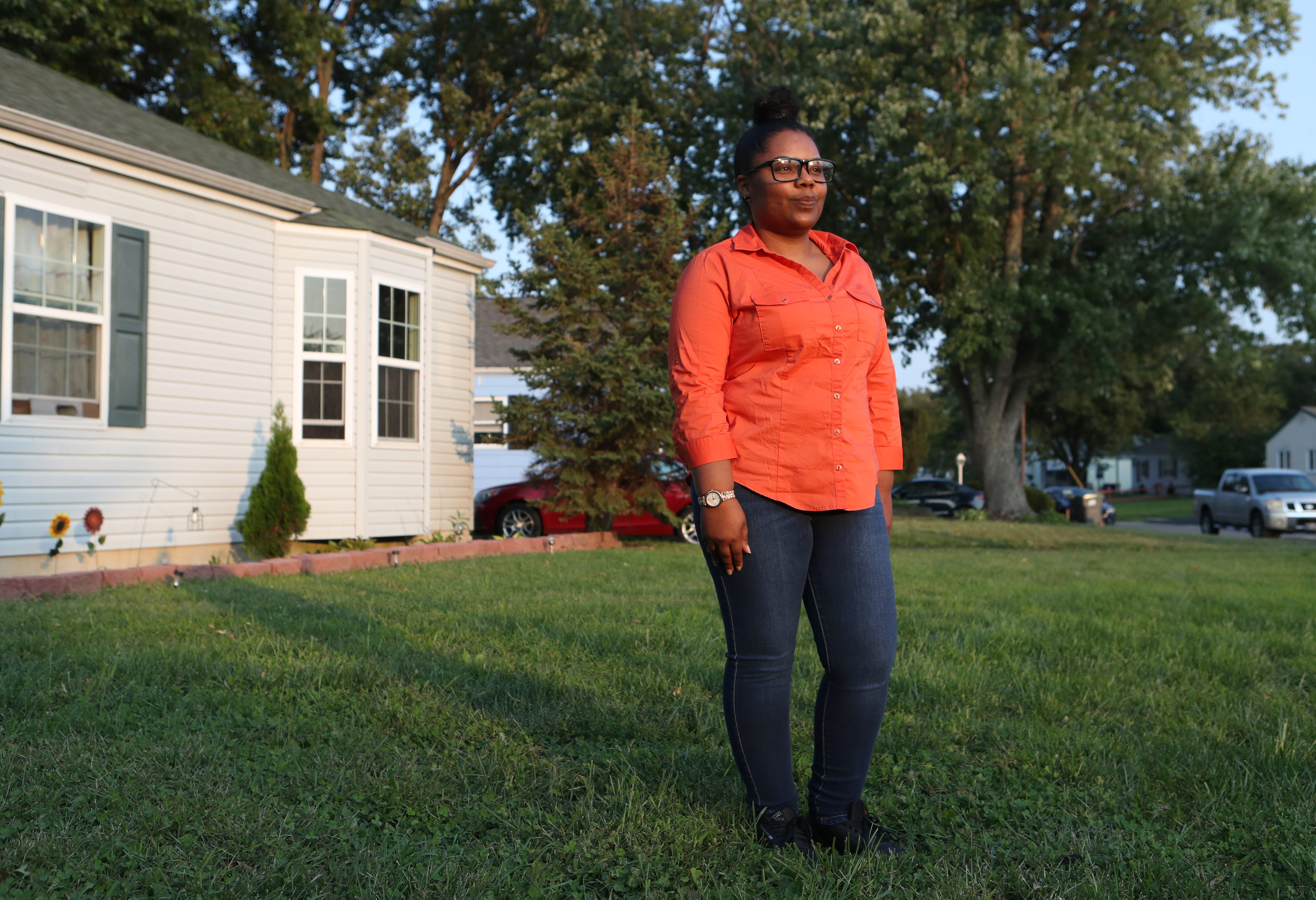 Editor's note: This story has been updated to correct the spelling of Darniece Dreher's last name.

For the last five years, Darniece Dreher has repeatedly experienced headaches and migraines.

A doctor put her on medication, but the headaches kept coming back. When she sought treatment, doctors would just dismiss the issues, Dreher said. Having been a medical professional for 16 years, Dreher knew something was wrong.

“This is my body. I know my body. There’s something different going on with me, like this headache doesn't feel normal to me,” the New Castle woman recalled telling medical professionals time and again.

In April, Dreher passed out while going to the bathroom. A week later, the left side of her tongue went numb and she finally went to the emergency room. Again, she described how the doctor dismissed her.

She said she remembers him saying, “You look fine.” When she pushed back about how dismissive he was and the fact that he didn’t actually run any tests despite her numbness and passing out the week before, he was curt.

"'What do you want me to say? Are you going to die? No, you're not going to die,'" Dreher said he told her.

He instead said to make an appointment with her primary care physician, Dreher said.

Upset by the interaction but determined to find out what was wrong, Dreher was finally able to convince her primary care doctor to run some tests and do an MRI at the end of May.

It turned out Dreher has pseudotumor cerebri, a condition that mimics the symptoms of a brain tumor including vision problems and headaches. It causes pressure on the brain and prompts fluid to surround the brain and spine.

If the ER doctor had listened to her, Dreher would have discovered the problem the day she went to the emergency room in April.

“People don’t realize how much they have somebody’s life in their hands,” she said, crying as she recalled being talked down to time and time again. “I have pressure on my brain. I don't know what's going to happen to me today or tomorrow.”

Dreher is now seeing an ophthalmologist in Delaware but otherwise is going to multiple specialists at Penn to deal with the condition, including a neurologist, a neuro-ophthalmologist and a neurosurgeon. 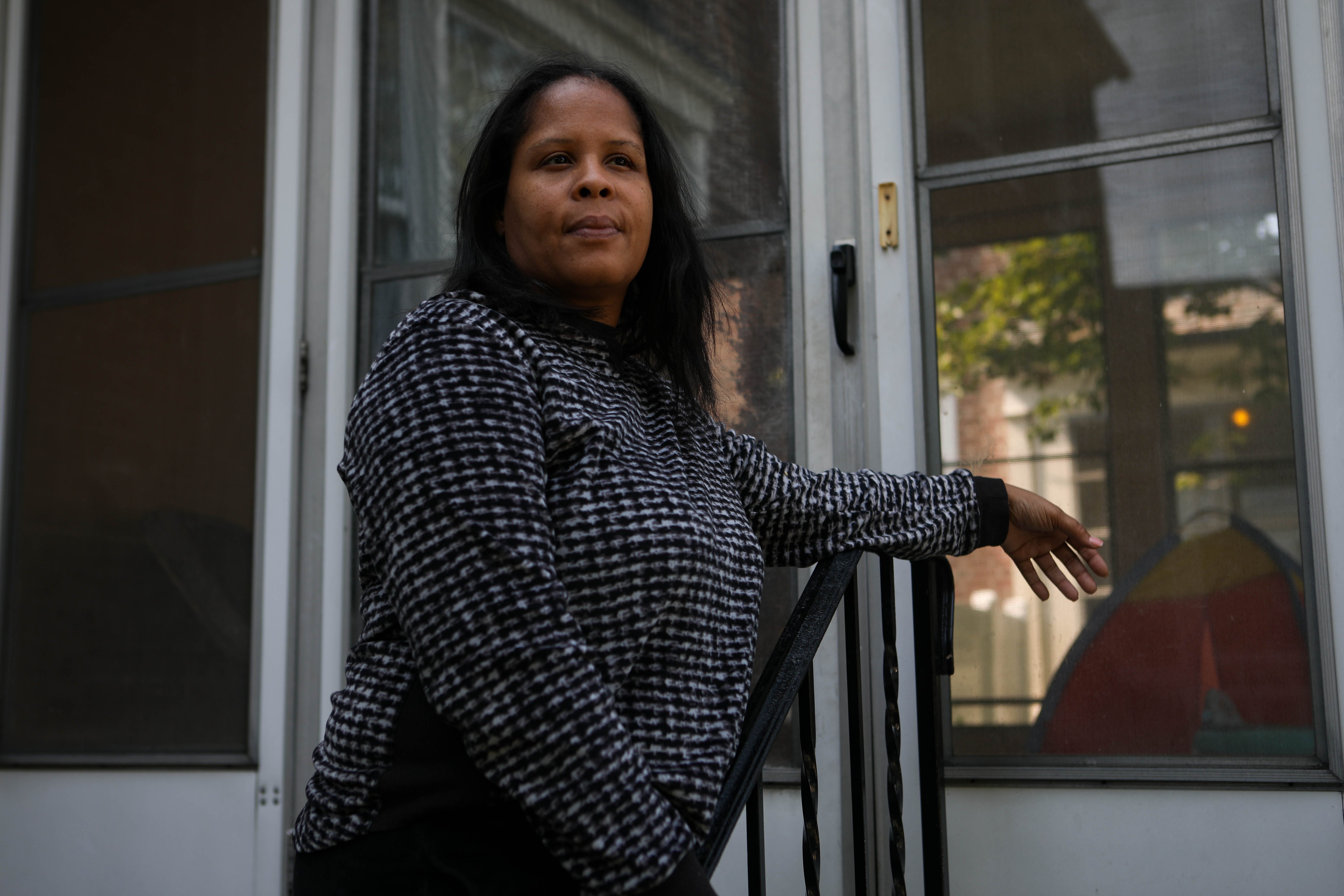 When Jonda Brown was 17 and pregnant in the early 1990s, she was excited.

But the Friday before she was due to deliver, she went to Northeast Clinic in Wilmington for one more ultrasound. For about an hour, the nurse tried to find the baby’s heartbeat, but struggled.

“She was like, ‘It is Friday and we can just make another appointment,’” Brown said.

Eventually, the nurse said she had found the heartbeat and sent Brown home. Brown herself never heard her baby’s heartbeat. Despite concerns, Brown trusted the nurse.

But as Brown sat on the bed, waiting to push out her baby boy, the doctors delivered devastating news to the first-time pregnant woman: They couldn’t find the baby’s heartbeat.

With tears in everyone’s eyes, she pushed and brought her stillborn son, Jahem Kevin Brown, into the world. He was 7 lbs and 19 inches, she said.

“I cried and I cried. And me and the father, the grandparents of the child," Brown said, "we were just sad."

Because of what happened to her, she was deemed a high-risk pregnancy the following year when she got pregnant again.

While she didn’t get to raise Jahem, she made sure she not only took better care of herself, but she said she also demanded better care from the doctor. 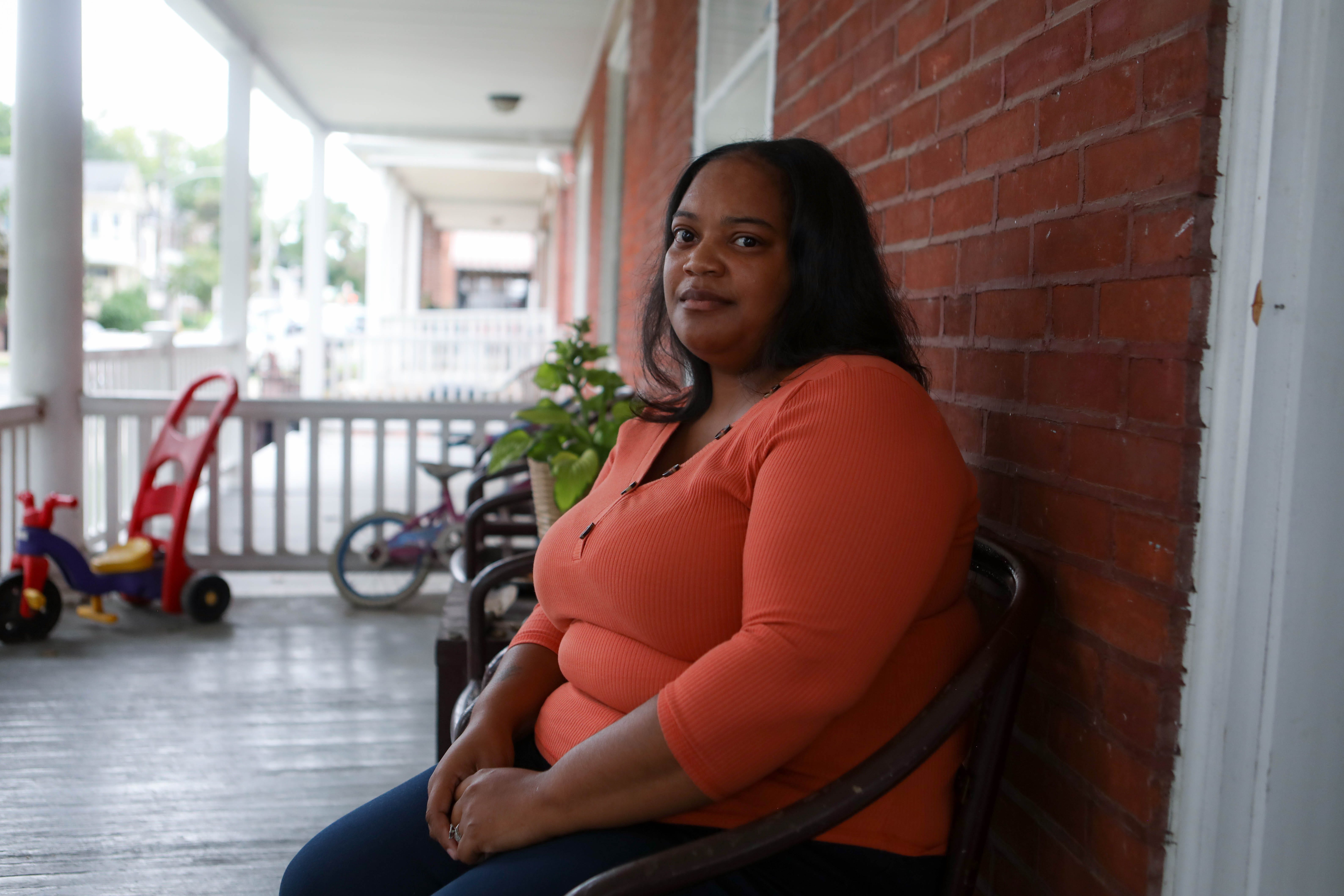 Shamiya Gould didn’t think she would have any issues fixing her acid reflux problems.

The Wilmington mom scheduled an appointment to have a routine procedure done at the hospital. But dazed after waking up from the anesthesia, she described being belittled and mistreated by the surgeon.

She recalled how the doctor insulted her intelligence and loudly announced, in front of everyone in the hallway, that Gould needed to eat less and lose weight.

"It was almost like anything that I said he just disregarded,” she said, adding that the treatment caused the mother of three to burst into tears.

Gould said she tried asking questions, but the doctor did not give her the time of day.

“I felt like nothing I said was validated," she said. "He made me feel stupid.”

Gould has not gone back to the doctor’s office since then. Her issue was never resolved but there was so much trauma she didn’t want to return.

Gould said she is still working through it with a therapist. 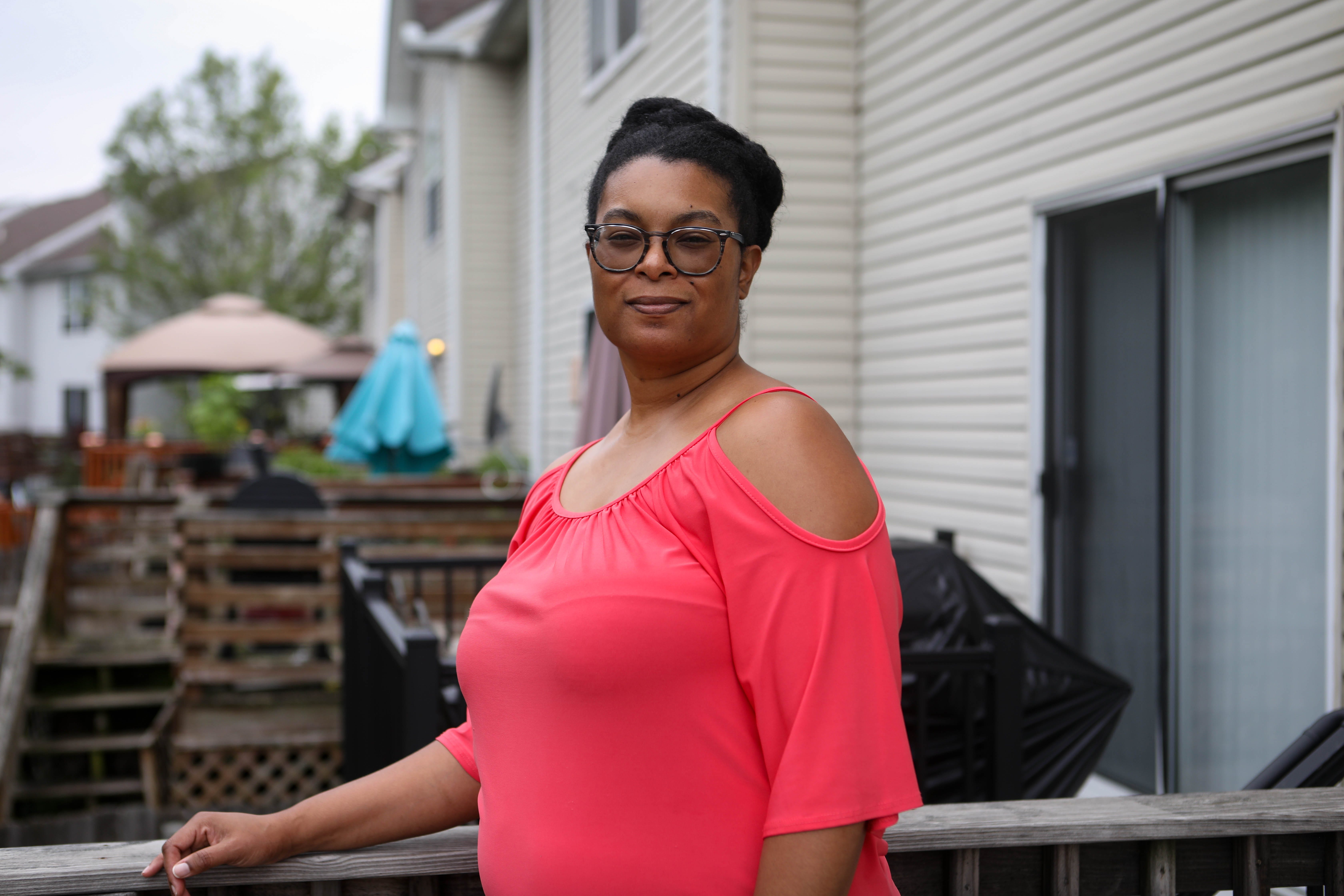 This Newark mom had for years been dealing with symptoms related to fibroids in her uterus, a common condition that affects many women – particularly African American women – in their childbearing years.

It wasn’t until Payne moved away from Delaware and then came back as an adult that a female doctor even mentioned fibroids. It was indeed what was plaguing Payne, and for the first time, she was able to get the help and surgery she needed.

“No one had ever told me anything about fibroids,” she said. “No one had told me that having heavy periods like that was abnormal.”

She had been put on birth control without doctors really trying to understand what was causing her heavy periods. It wasn’t until someone asked her why she was so tired all the time that something actually happened, Payne said.

“These aren't conversations we have as women with each other, much less in the doctor's office," she said. "So you don't have a frame of reference to know you're falling through, it’s out of the ordinary and requires medical attention."

Asking simple screening tests on physicals is what Payne would like to see change. Those small steps would help more African American women feel seen and heard, she said. 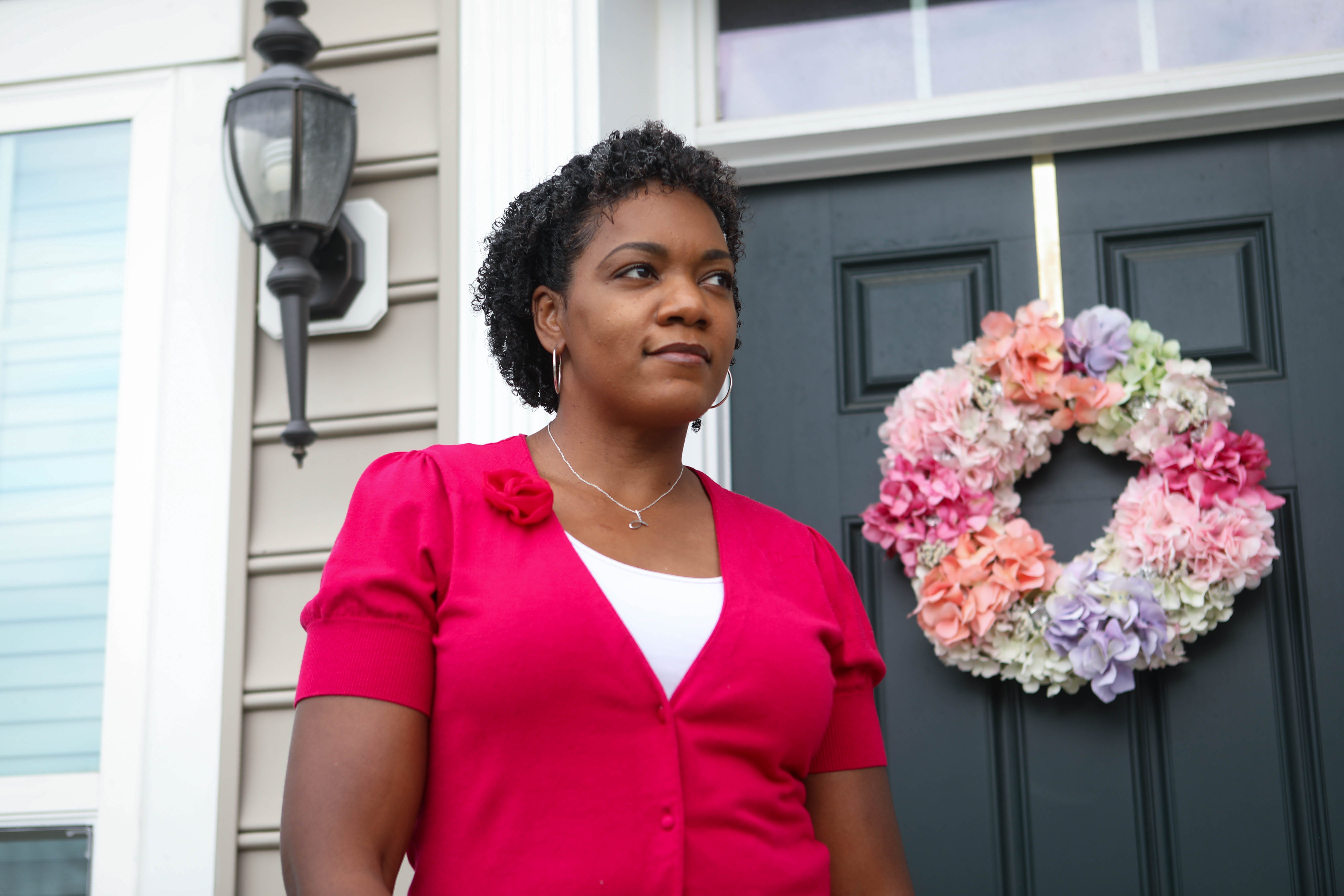 Growing up, Janelle McIntyre used to joke about the fact that whenever she went to her family doctor, he always prescribed the same thing.

“I was constantly just getting 600 to 800 milligram prescriptions of ibuprofen for whatever it is I went to him for,” the Middletown woman said.

When she went to Connecticut for grad school, however, she finally had a new experience to compare it to and realized that for the first time, she had a doctor that actually asked her questions. The doctor talked to her about what was ailing her and took the time to find out what was going on with her, she said, instead of trying to get her out the door.

After McIntyre moved back to Delaware, she was diagnosed with mitral valve prolapse, a condition similar to a heart murmur that can have negative side effects like fatigue, irregular heartbeat, and shortness of breath.

This was caught by a female gynecologist who noticed something abnormal when she checked McIntyre’s breathing.

“It absolutely affected my evaluation of who I will see as a doctor. So even today, I make a conscious effort to try to utilize a female physician,” she said. “Beyond that, I have found that Black women are the most attentive to the concerns of other Black women. So where and when I can, I try to utilize a Black physician.”

In the past, her childhood doctor and another doctor – both white males – had either given her pain medication or said she had chronic fatigue and prescribed Xanax, which McIntyre did not feel comfortable taking. She had been dealing with these side effects for years, but the pieces were finally put together with this diagnosis.

Her mitral valve prolapse is now under control, McIntyre said, and she finally has a physician she trusts. 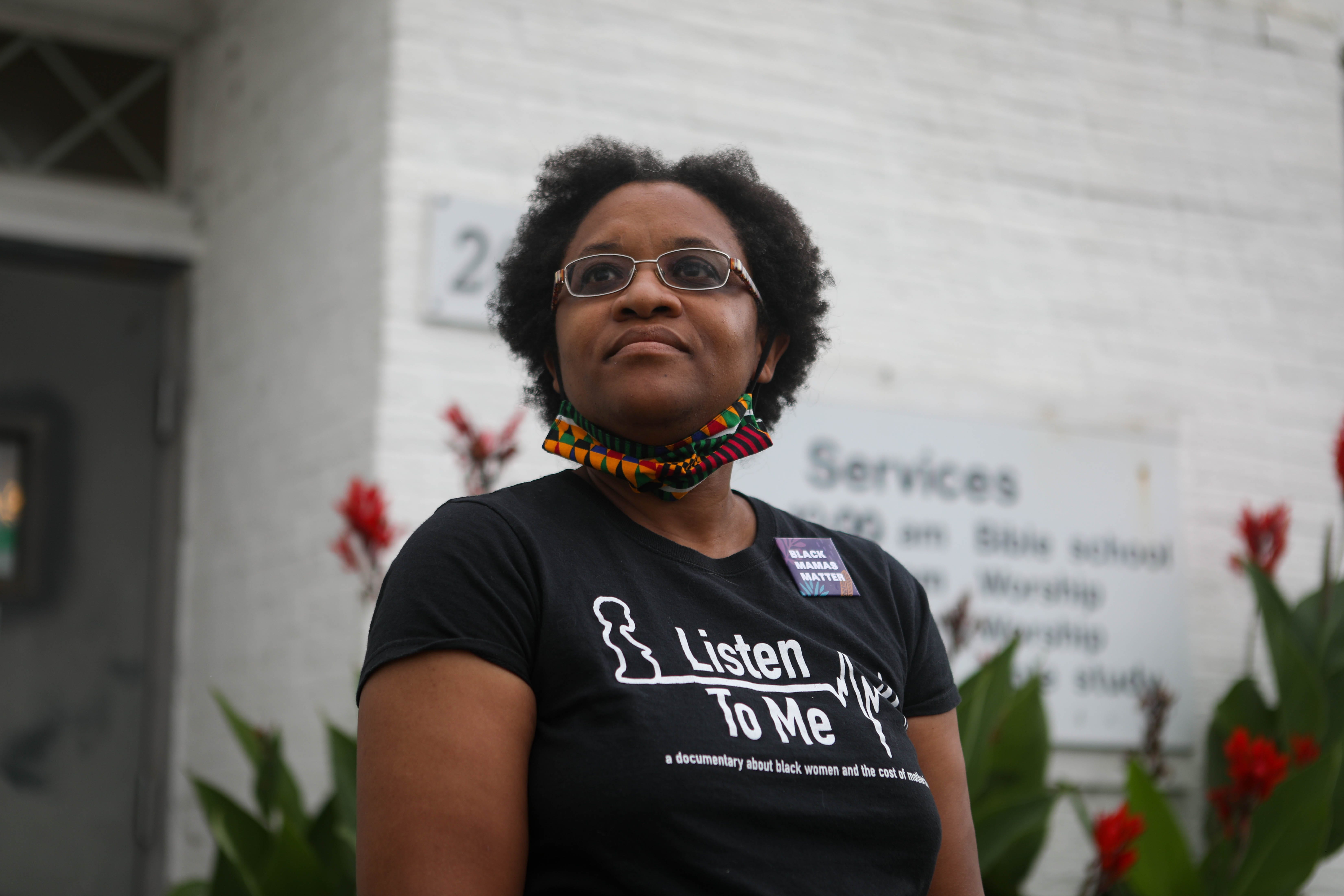 At 16, Michelle Drew was not going out or having sex. The Wilmington native said she was the type of person who did her chores on time and went to church every weekend.

About three months after her 16th birthday, when her stomach hurt so badly she didn’t want to go to church, her mother knew something was wrong and they went to the hospital.

It was there that the doctors asked her if she was pregnant. Even though Drew told them there was no way she could be, she remembers the physician in training saying “Yeah, right.”

She then recalled how even when she said no, she was held down and had a metal speculum forced inside her. The physician proceeded to perform an internal vaginal exam with his hands to see if she had an ectopic pregnancy.

“That stayed with me for a long time,” she said. “Even though I'm now 50, I still remember what it was like to be that 16-year-old girl and being held down by strangers.”

About a week later, Drew found out her pain was caused by her appendix rupturing. She eventually had surgery at another hospital to correct the rupture.

“When I said that I couldn't be pregnant, it wasn't believed,” she said. “It kind of carried me forward even to when I did eventually start a family.”

It was also one of the reasons Drew went into working with Black mothers as a doula and midwife. She helps deliver their babies safely and also cares for mothers before and after their babies are born. 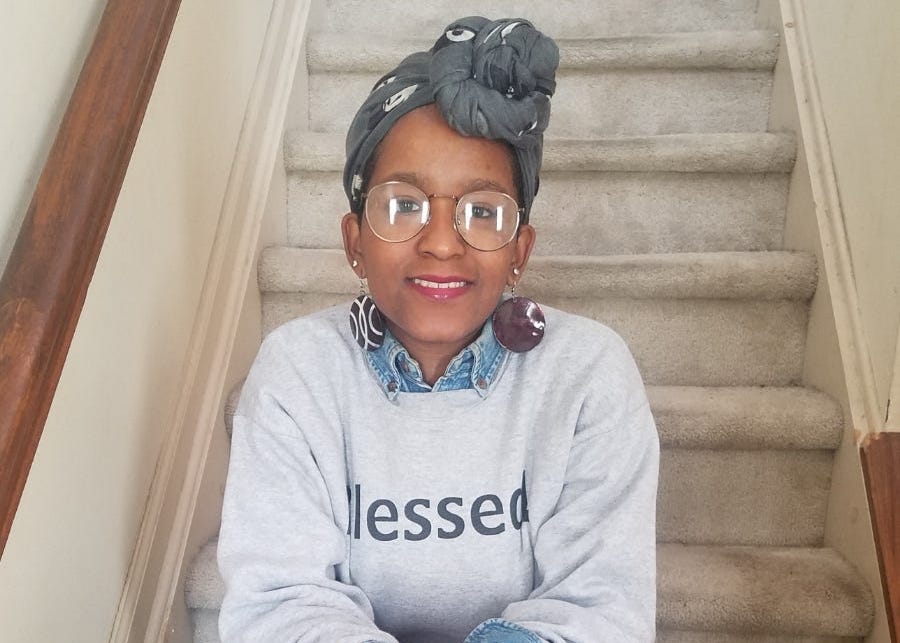 In 2015, Cheyenne DeShields traveled with her younger sister to a doctor’s appointment in an effort to finally some help for Cheyenne's thyroid issues.

Without a car, the two sisters walked a mile to the bus station in Newark, then took two separate buses to get to the endocrinologist. It was late December at the time and the pair was cold and exhausted.

After waiting an hour, the doctor finally saw the 20-year-old DeShields. He asked a few questions about her medical history and then said she should try a particular medicine.

When DeShields told him she had already tried it and that it made her heart race, he said maybe she was just nervous when she had taken the medicine, she recalled.

“After that, I was pretty much done with the interaction,” she said.

The doctor sent her on her way without prescribing anything, DeShields said.

“Didn't really ask me if I understood what we were talking about,” she said. “The whole interaction lasted less than 10 minutes.”

Fed up after waiting for so long just for the doctor to not look into her issue further, DeShields never followed up with him. Eventually, she stopped eating meat and that seemed to fix her issue.

“As a young person who was kind of just starting to navigate the health care system on my own, it kind of like turned me off and made me more nervous about what type of doctors are out there and who's gonna listen to you,” she said.

Since then, she tells her younger sister to stick up for herself during those interactions so her concerns are not overlooked.

THANK YOU FOR SUBSCRIBING

Stories like this are possible because of our subscribers like you. Your support will allow us to continue to produce quality journalism.

Stay up to date by signing up for one of our newsletters.