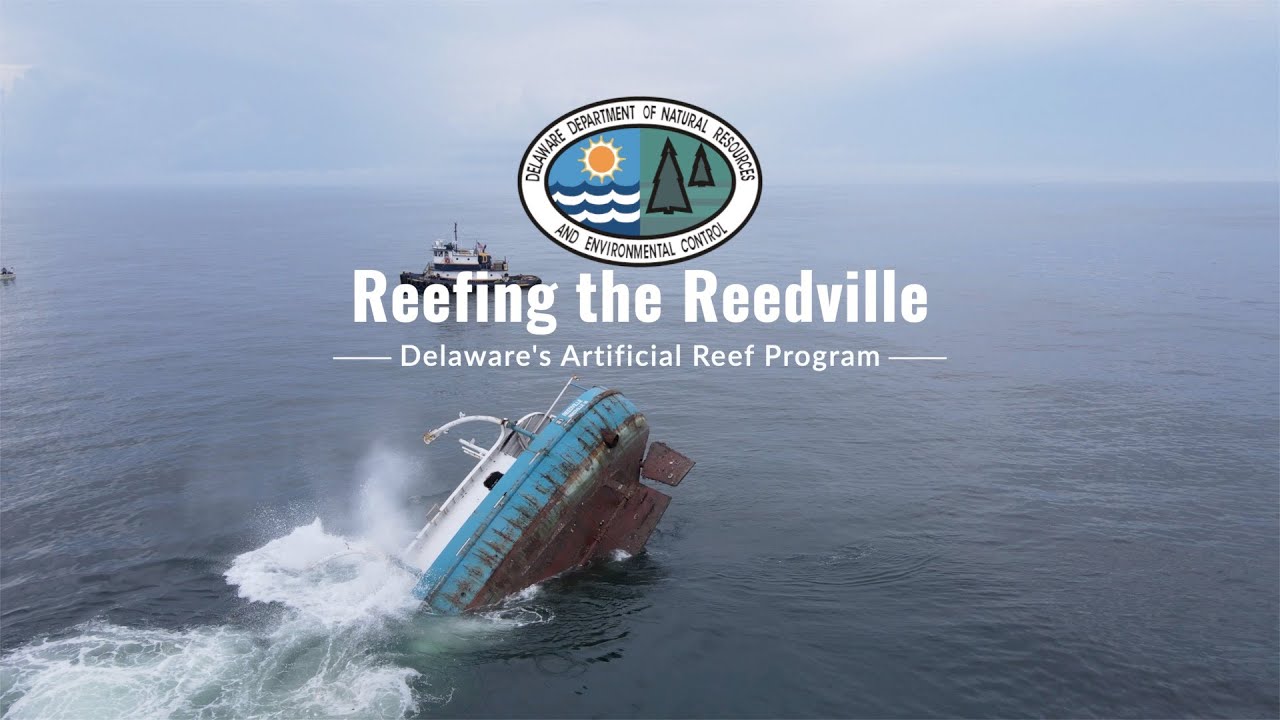 The Delaware Department of Natural Resources and Environmental Control has sunk another ship as part of its artificial reef program.

The 180-foot Reedville was originally a World War II and Korean Conflict-era freighter and supply ship. It was converted to a commercial fishing vessel after military decommissioning. The ship was named for the hub of the menhaden industry: Reedville, Virginia.

Due to the ship’s cavernous hold and 38-foot keel, the Reedville is expected to be an excellent habitat to two species, black sea bass and tautog, both of which are popular with anglers.

"We continue to enhance the angling and recreational diving experience in Delaware by expanding our reef system, which includes 14 separate reef sites in the Delaware Bay and along the Atlantic Coast,” said DNREC Secretary Shawn Garvin. “When we sank Twin Capes two years ago as a centerpiece of the system, it was unmatched as an artificial reef for both providing fish habitat and a spectacular dive with its five decks for underwater exploration. Now with the Reedville, we’ve got four reefed vessels of the same class and we are putting it in a place that will be accessible, attract the most fish and where divers will want to explore, too.”

The Reedville is the first such ship to be placed on Reef Site No. 11. The 1.3 square-mile reef is better known to anglers as the Redbird Reef, because it consists of 997 retired New York City “redbird” subway cars. It also includes a 215-foot-long Chesapeake Bay cruise ship, 86 U.S. Army tanks, eight tugboats, a fishing trawler and two barges.

DNREC’s Division of Fish and Wildlife, which oversees the reef program, paid $175,000 in federal sport fish restoration funds to purchase the Reedville. The sinking of the ship was carried out by Norfolk, Virginia-based marine contractor Coleen Marine.

Approvals from the U.S. Environmental Protection Agency and the U.S. Coast Guard were required before sinking.